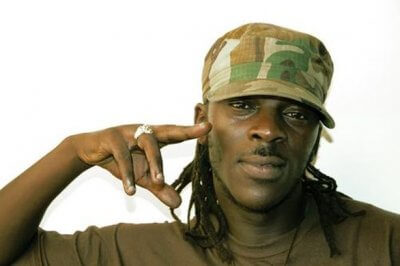 Nkululeko Madolo aka BLACK DILLINGER, was born in a township called Guguletu, in the rough ghettoes of Capetown, South Africa. As child, BLACK DILLINGER grew up in the midst of black resistance in South Africa, culminating in the release of Nelson Mandela and the abolishment of the Apartheid system. As a youngster, this tradition of resistance also inspired his love for music and soon he began to make himself a name among a powerful new generation of reggae artist in the townships. In 2004, BLACK DILLINGER’s talent was recognized for the first time internationally, when a song called BIG TROUBLE was featured in the renowned German Riddim Magazine. Soon, the young Rastafarian was invited to play his first gig in Europe It took just one performance at Berlin’s famous Yaam Club to convince Ganjaman, top-producer at the German Reggae label MKZWO, of the enormous potential of the young African. BLACK DILLINGER decided to extend his stay, the two became friends, and soon he began to record his debut album. In April 2007, his first album LIVE AND LEARN was released, including features with successful reggae artist like Vido Jelashe (SA), Rebellion the Recaller (GA) and Jah Meek (JA). In the meantime, the upcoming reggae star had managed to establish himself firmly in the European Reggae scene. He has since been touring constantly all over the continent and has been invited to play on Europe’s biggest reggae festivals, like the Summer Jam or the Chiemsee Reggae Festival. He has also impressed his fans with video productions in Jamaica and a number of successful single releases, most notably his anti-Bush anthem AMERICA (GANGSTALAW riddim) and the love-ballade IT’S ALRIGHT (GROW WITH ME riddim). BLACK DILLINGER’s upcoming, second album LOVE LIFE is a powerful testimony to the South African’s musical and spiritual journey through countries and continents. Recorded over two years at Berlin-based IMmusic studios, the collection is rich of inspiring musical encounters with other African, Caribbean and European artists, such as Mark Wonder, Terror Fabulous, Rebellion the Recaller, or Cali P. Traversing shades of black music from Roots to Dancehall and from R’n’B to Soca, every song is still marked by the unique, innovative style and hallmark voice the reggae star from Capetown. The singer, already called by some ‘South-Africa’s Sizzla’, switches effortlessly between velvety soft melodies and rough, rapid-fire flows. Co-operations with a couple of Jamaica’s most-renowned producers such as Bobby Digital or Syl Gordon (Cellblock) round off the skillfully arranged riddims by the German producer duo, which give Black Dillinger the room to develop his exceptional talents to their full potential. A wonderful, mature album that affirms the South African’s claim to his country’s throne of reggae music, left empty since the tragic demise of superstar Lucky Dube. BLACK DILLINGER – certainly one of the most promising new voices in international reggae music! 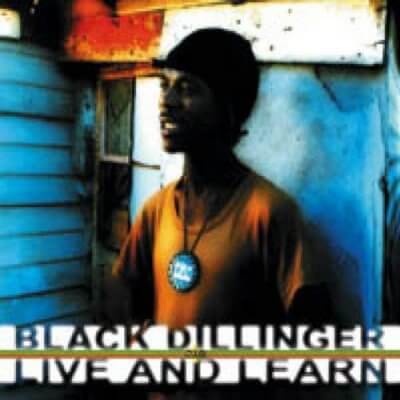